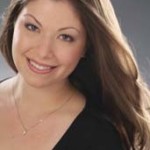 Colleen Daly is rapidly emerging as a “dramatically powerful” (The Washington Post) singer in today’s operatic arena. Miss Daly’s most recent performances include Musetta in La Bohème with Annapolis Opera, Lyric Opera of Baltimore and Des Moines Metro Opera; Violetta in Opera Delaware’s production of La traviata, which she also covered at New York City Opera; Fiordiligi in Così fan tutte with Intermountain Opera; Micaëla in both La Tragédie de Carmen with Syracuse Opera and in Carmen with Baltimore Concert Opera; the Countess in Annapolis Opera’s production of Le nozze di Figaro; and the title role of Thaïs at Opera Company of Middlebury. This spring, Miss Daly will turn her attention and talents to the art song repertoire, making her professional recital debut under the patronage of the Vocal Arts Society of Washington at the Phillips Collection and the Kennedy Center in Washington, D.C..

Ms. Daly’s work as a concert and recital soloist has been widely recognized in performing such works as the Mozart, Brahms, Fauré, and Rutter Requiem Masses, Mendelssohn’s Elijah, Beethoven’s Ninth Symphony, Händel’s Messiah, Haydn’s Creation and Missa Solemnis, Poulenc’s Gloria, Mozart’s Davide Penitente, and Stravinsky’s Les Noces. Colleen has appeared with the Master Chorale of Washington in her Kennedy Center debut, Washington Concert Opera, the Washington Chorus, the Cathedral Choral Society in her National Cathedral debut, the Post-Classical Ensemble, the New Dominion Chorale, and the Maryland Philharmonic Orchestra, the Händel Society of Dartmouth, and the Columbus Symphony, among others.

Colleen Daly has been the recipient of awards from the Vocal Arts Society of Washington, D.C., the Gerda Lissner Foundation, the Liederkranz Foundation, The Washington International Competition, and Annapolis Opera. Ms. Daly holds a bachelor’s degree from DePaul University, a Master’s degree from the Opera Studio at the University of Maryland in College Park, and an Artist Diploma from AVA. She has participated in the Lyric Opera Studio of Weimar in Germany, the Opera Company of Philadelphia’s program in Treviso, Italy, been a Festival Artist for Opera New Jersey, a Young Artist at the Oberlin in Italy Scenes Program in Urbania, and a New Horizon Fellow at the Aspen Music Festival and School. 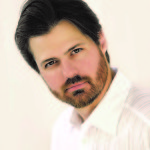 Bass Kirk Eichelberger has been praised for “commanding the stage at every turn” (San Francisco Chronicle) and for his “resonant bass and riveting stage presence.” (Dayton City Paper) During the 2012-2013 season he performed as Ferrando in Lyric Opera of Kansas City’s production of Il Trovatore and joined The Metropolitan Opera roster for productions of Les Troyens and Don Carlo.

Recent engagements include The Emperor in Tan Dun’s Tea and Don Fernando in Fidelio both with Opera Company of Philadelphia, Mephistopheles in Faust with Opera Grand Rapids, Sparafucile in Rigoletto with Vancouver Opera, and Ferrando in Il Trovatore with Opera Manitoba. He sang The Four Villains in The Tales of Hoffman with Opera Theatre of Saint Louis, the title role in Le Nozze di Figaro for Opera Memphis, and Alidoro in La Cenerentola with Sacramento Opera. On stage with the Festival Opera of Walnut Creek he has performed Timur in Turandot, Bottom in A Midsummer Night’s Dream, and Ferrando in Il Trovatore. 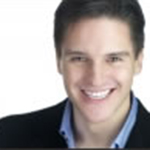 Mr. Gietz debuted at the Opéra National de Paris as Don Ottavio in Don Giovanni and returned in subsequent seasons as Cassio in Otello under the baton of Valery Gergiev and Tamino Die Zauberflöte. Gietz created the character of Yonas in the Bastille’s world première of Kaija Saariaho’s Adriana Mater, directed by Peter Sellars and conducted by Esa-Pekka Salonen, and he appeared as Yonas in the UK première of the work at London’s Barbican in April 2008 with the BBC Symphony under the direction of Edward Gardner. He made his debut at Opéra de Lyon as Camille in La Veuve Joyeuse (recently released on DVD), returning for the Laurent Pelly production of Le Roi Malgré Lui in Lyon and at the Opéra Comique in Paris. Gietz made his La Scala debut as Chevalier de la Force in Dialogues des Carmélites and returned last season for Robert Carsen’s production of A Midsummer Night’s Dream as Lysander, which was his debut role at Glyndebourne Festival Opera in the acclaimed staging of Sir Peter Hall and at the Gran Teatre del Liceu, performances that were released on DVD.

Gietz created the role of Stingo in Nicholas Maw’s Sophie’s Choice at Covent Garden in London with Sir Trevor Nunn and Sir Simon Rattle and reprised the role for the North American première in Washington, DC. He returned to Covent Garden for performances of Sir Michael Tippett’s The Midsummer Marriage.

Other highlights include Steva in Jenufa at the Grand Théâtre de Genève, Châtelet in Paris and Madrid’s Teatro Real, the title role in Les Contes d’Hoffmann in Marseille, Montréal, Amsterdam and Rotterdam, Pinkerton in Madama Butterfly for Opera Hamilton, Don José in Carmen in Montréal, Birmingham and Lille, and Béatrice et Bénédict with the New York Philharmonic, Orchestre du Capitole de Toulouse, Teatro Communale in Bologna and the Santa Fe Opera. Mr. Gietz recently made his debut at the Metropolitan Opera in New York City as the title role in Shostakovich’s The Nose, a new production by the acclaimed director and visual artist William Kentridge under the musical direction of Valery Gergiev 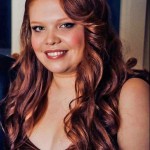 In the fall of 2016 Lauren will be joining the prestigious Atelier Lyrique de l’Opera de Montreal as one of their youngest members.
23-year-old Lauren Margison first attracted attention with her vocal abilities when she joined the Canadian Childrens’ Opera Chorus in 1999 at the age of seven. Quickly promoted to the principal chorus of the CCOC (2000), usually reserved for young singers between the ages of 13 and 17, Lauren appeared in the mainstage production of the Canadian Opera Company’s production of ‘La Boheme’ in that same year, resulting in an invitation to sing a solo recital at the International Childrens’ Festival at the Harbourfront Centre (Toronto) and an invitation to make an appearance on The Tonight Show starring Jay Leno.

Since that time, Lauren has performed extensively to critical acclaim both in Canada and internationally specializing in classical, jazz and pop repertoire. Some highlights to date include performances for Opera Ontario (2005, 2006, 2007, “..the spicy, seasoned voice of a 30-year-old..”, Hamilton Spectator, 2006), the TD Toronto Jazz Festival (2006, 2007), The Beaches Jazz Festival (2007, 2008, 2009), The Ottawa Chamber Music Festival (2006), The Cincinnati Pops (2007), Hannaford Street Silver Band (2010), the noon hour concerts at the Four Seasons Centre for the Performing Arts, Richard Bradshaw Amphitheatre (2011, 2012), Ottawa Choral Festival Gala (2011), and the Venetian Ball (2011) under the baton of Marco Armiliato, (fundraiser for Villa Charities, Toronto) held on the main stage of the Four Seasons’ Centre for the Performing Arts.

She was chosen as one of four singers to perform the music of Gordon Lightfoot for Gordon Lightfoot at the lifetime achievement Heart and Vision Awards ceremony and concert (2011), and was a featured soloist on the City TV Christmas Carol Sing which was aired across Canada in December 2011. She has shared the stage with such distinguished artists as Gordon Lightfoot, Rufus Wainwright, Russell Braun, Isabel Bayrakdarian, Measha Brueggergosman, Nicole Cabell, The Canadian Opera Company Orchestra, Louise Pitre, Sheila McCarthy, The Tenors, Jackie Richardson, Rex Harrington, John Fanning, Elaine Overholt, and her father, operatic tenor, Richard Margison.

In addition, during January of 2007, Lauren appeared as a guest artist with Argentinian operatic tenor, Jose Cura, at the Pavilhao Atlantico in Lisbon, Portugal, performing before an audience of 8000 people and a television audience across Europe. Lauren was also part of the 4-member female vocal group, ‘The Real Divas’. Their first CD, ‘Café Society’, was released for international distribution in June, 2009. After a successful tour of British Columbia and appearing as guest performers on the CBCTV broadcast of the National Jazz Awards in May, 2009, the young women have appeared around the country, including a full concert in July, 2009, at the Beaches Jazz Festival. In 2011 she attended the prestigious Castleton Festival in Castleton, Virginia, the brainchild of internationally acclaimed music director and composer, Lorin Maazel, as one of the youngest participants in the vocal division, and in August 2014 was the youngest member of the Highlands Opera Studio, run by Valerie Kuinka and Richard Margison. Currently, Lauren is performing across Canada with her father, Richard Margison, in their vocal duo act, ‘Back to Back’, and continuing her classical vocal studies also under the tutelage of Richard Margison and Valerie Kuinka. 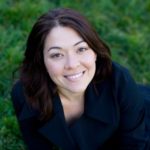 Kindra Scharich has been praised by The San Francisco Chronicle for her “exuberant vitality”, “fearless technical precision”, “deep-rooted pathos” and “irrepressible musical splendor.” As a dedicated recitalist, she has given solo recitals the The American Composer’s Forum, The Wagner Society, Lieder Alive, The La Jolla Athenaeum, among others. In the summer of 2016, Ms. Scharich performed a series of concerts in São Paolo and Rio de Janeiro, where she performed with Ricardo Ballestero and Cristiano Alves at the acclaimed Sala Cecília Meireles. Next year, she and Mr. Ballestero will embark on a project encompassing a series of performances and recordings that will present all of the non-Portuguese songs of the great Brazilian composer Alberto Nepomuceno, which until now have remained in relative obscurity. A great proponent of Lieder, she is currently collaborating with the Alexander String Quartet on new quartet and voice arrangements of the great orchestral Lieder (Rückert, Kindertotenlieder, Lieder eines fahrenden Gesellen, Wesendonck-Lieder and Vier letzte Lieder), which are to be recorded in 2017 and released in the spring of 2018. In the world of opera, Ms. Scharich has sung over 25 roles in the lyric mezzo repertoire, most recently and to much acclaim as Minerva in West Edge Opera’s production of Monteverdi’s Il ritorno d’Ulisse in patria. This spring she will be seen as Agathe in Opera Parallèle’s production of the Philip Glass opera Les Enfants Terribles. Enthusiastic about working with living composers, she has premiered works by Kurt Erickson and will be heard in Janis Mattox’s upcoming chamber opera Sueños de medianoche (Midnight Dreams), set in Spanish and based on Bolivian legend.